Matric from Lightnet is one of our favourite linear solutions to work with, offering a high level of versatility for commercial environments. We have supplied members of the matric family to many office fit-outs in recent times… All of which have great aesthetics and bespoke options, from non-standardised lumen outputs, colour temperatures, CRI, measurements and colour finishes. Let’s take a look back at some projects that feature members of the Matric family… 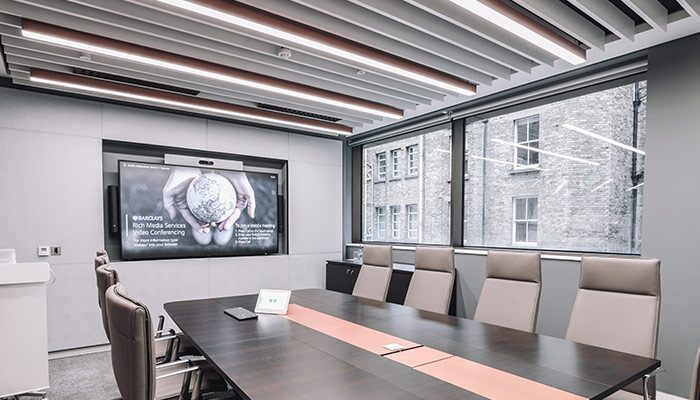 This 37,000sq ft space on Molesworth Street, Dublin acts as the central hub for this private clients activity across Europe. This new space is capable of accommodating in excess of 400 staff members which leads to the fact that a good lighting scheme is required.

Firstly, our lighting engineers determined the task areas throughout the building. On specification, we found that the Matric was the best solution that would play a central theme for task areas as well as fitting the architect’s initial design.

Office compliance regulations in relation to UGR and target lux levels also led us to choose the Matric. The Matric luminaires positioned between the Rulon ceiling section utilised microprismatic optics to ensure a soft-lit effect was achieved.

There are many benefits to microprismatic optics for the workplace, including softer light and low-glare – the absence of glare and the introduction of softer luminance also leads to an increased sense of well-being, and it is also said that this can contribute to a reduction in stress, other health-related issues and improved work performance. Learn More about this Private Office project. 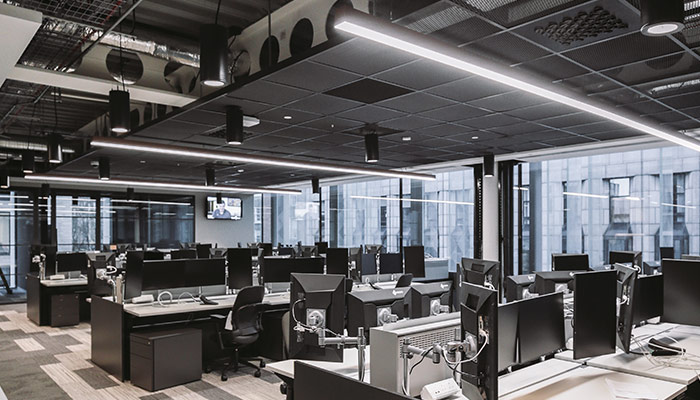 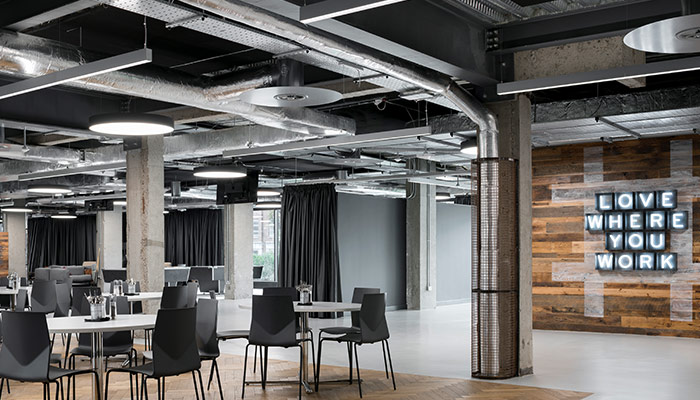 We used Matric to illuminate the general circulation areas of Twitter, predominantly the walkways and recreational areas. It was important to ensure adequate light levels throughout the breakout areas that require flexibility i.e. ability to move furniture while meeting the desired light-levels required.

Regarding the illumination of the task areas – an average of 500 lux is required on task surfaces for optimal results – i.e. desks, meeting areas etc. The addition of high-output luminaires allowed us to introduce a dimming protocol which reduces output and energy usage as well as boosting the average lifespan of the full-kit i.e. drivers and other technical equipment. Learn More about this Twitter Project. 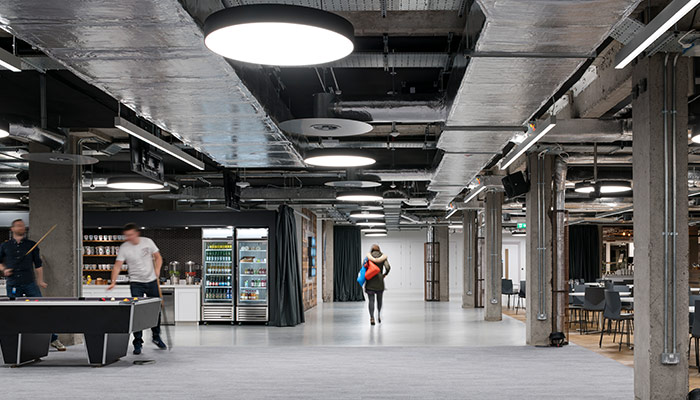 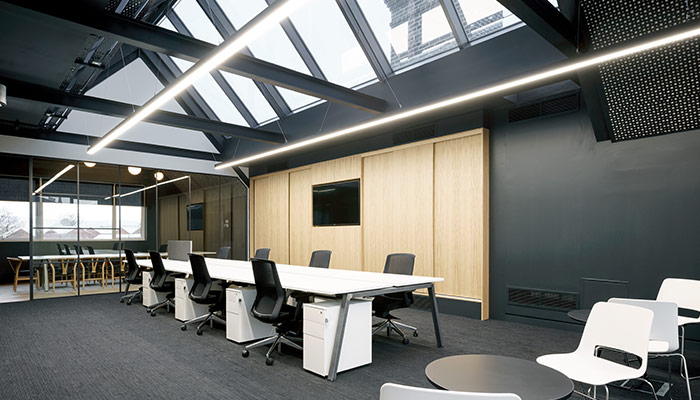 We were approached to create a lighting scheme for the refurbished Staycity offices on Mill Street, Dublin 8. We were guided by Architects and M&E Engineers alike to deliver an intricate lighting design with the inclusion of many bespoke luminaires. Two of which were the bespoke Matric G5 – 2x one length pieces were designed to eliminate shadow gaps, forming a continuous beam of light.  The two bespoke luminaires were positioned parallel to one another over the boardroom table to achieve a high level of uniformity.

Stepping out of the boardroom, you will find the Matric in two additional areas – positioned for task lighting over workstations, but also as supplement corridor lighting throughout the general space – working in-line with the architects clearly distinguished colour co-ordinated pathways. Learn more about the lighting at Staycity. 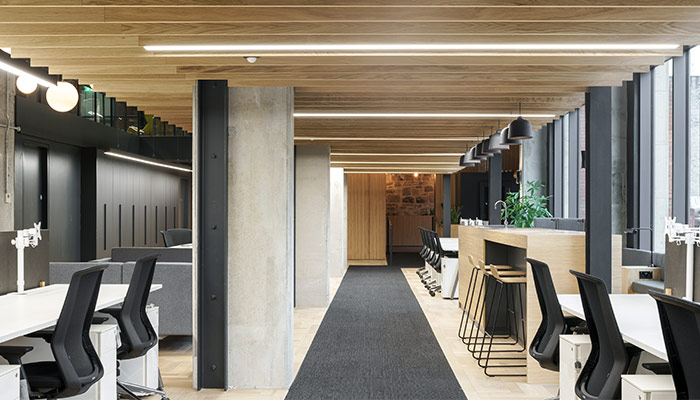 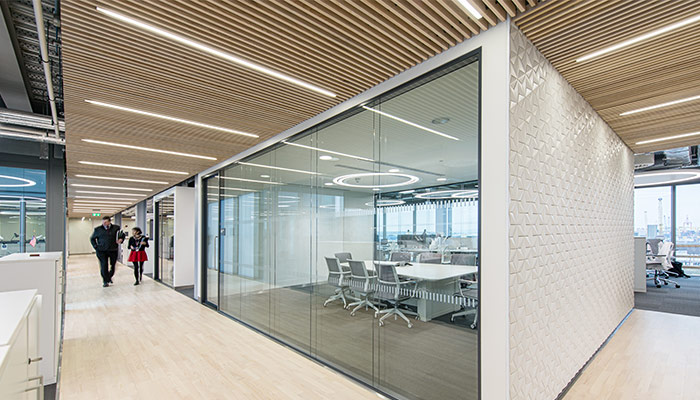 Another project that featured the renowned Matric luminaire in conjunction with the strategically position acoustic Ringo Star Luminaires. The 78,000sq ft office was designed to accommodate customer-care, technical and operational support and finance-related support for the EMEA region. All in all, sound reduction and uniform lighting was the brief for this project.

From the Image – You can see that the Matric G1 was installed between the Rulon ceilings to create a spectacular aesthetic effect while also providing outstanding illumination through the desired lux and uniformity levels that were achieved throughout the space. Learn more about this project at Yahoo. 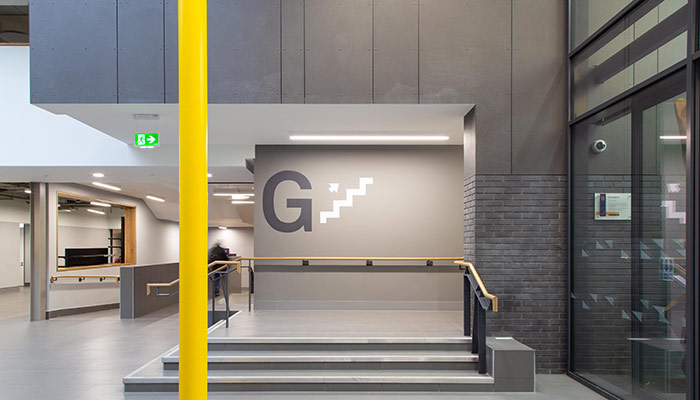 Beyond the office sphere, we have also supplied the Matric luminaire to Dublin City Universities ‘The Hub’ Student Union area. This building was a fantastic development that is to be utilised over the coming years for gigs, student events, club/society meet-ups, as well as several other functions.

As you can see from the above images, the Matric was used for general illumination due to its ability to ensure adequate lighting throughout the breakout areas and walkways. Good uniformity is important throughout these areas in order to provide full-functionality for multiple event types. From a non-linear perspective, the Matric Ready Square and Beam Me Up pendants were used to break the linear design pattern formed by the Matric. Learn More about this lighting project.

Please contact us for more information on the Matric Luminaire Family… 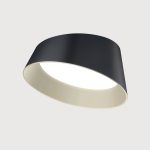 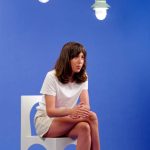 The Materiality of Colour with Júlia Esqué 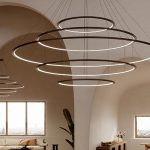 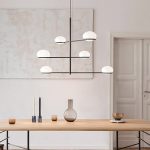 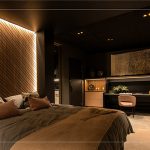